The West Riding Track League is based at the Roundhay Park grass track, in Roundhay Park, Leeds, West Yorkshire.

The Track was built in the early 1890`s within the amphitheatre below the Mansion House in Roundhay Park, Leeds. Racing has taken place from Victorian times to the present day with only the two World Wars stopping competition.

We cater for all ages & abilities, as a general, so long as you can ride a bike without stablisers & wear a helmet we have races for you to take part in. Many of our riders have gone on to compete in top level competition, indeed a number of the cream of Olympic talent for Beijing & London took some of their first pedal strokes in anger on the track at Roundhay.

The entry fee for each race is Under 12’s £4.00 Under 14/16 £5, Juniors £6 and adults £8. Before the first time you come, you will need to pay a one off fee on top of the race fee to enter the league of £5 for U16’s and £10 for adults. When riders arrive on race evenings they should have pre entered online, then must sign on and collect a race number. Under 14s and over age categories will need a valid British Cycling Racing Licence or pay a race licence.

Points are awarded to the riders based on their positions in races which include a mixture of different types of races from handicap races to scratch races (all set off at once) to a time trial for the U12’s. 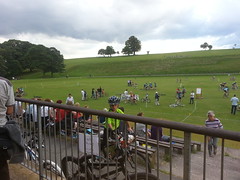 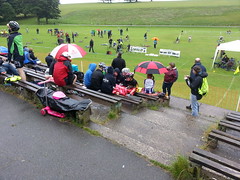 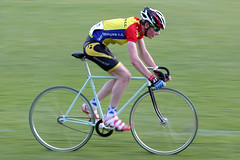 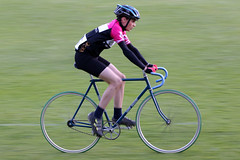 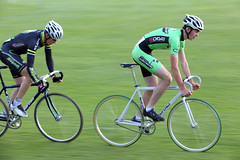